Clarity For a Moment 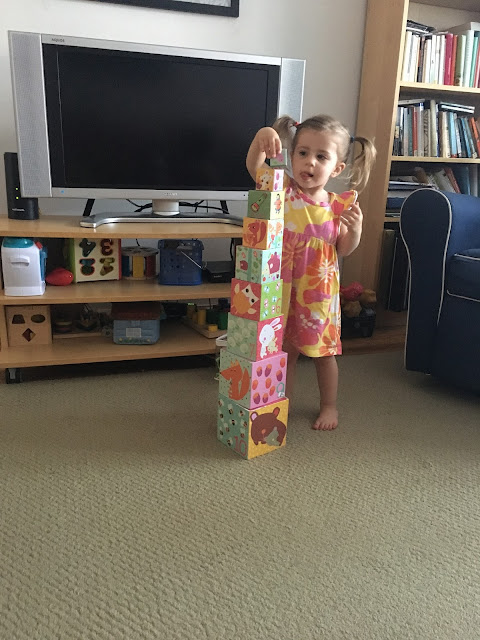 I just got off the phone with my brother (who can be great sometimes... which makes our occasional conflicts all the more hurtful, but that's for another day) and he helped me clarify things. I know how quickly the anxiety creeps back into my restless mind so I'm going to write it all down and see if I can save it for the next anxious day.

He asked me what idea brings me joy. Mexico. Without a doubt. Mexico and getting to watch my girls grow up. Slowing down. Watching the proverbial ants in the sidewalk. Seeing my girls speak fluently in Spanish.

I think about how (some) older people say that the happiest time in their lives was when their children were small... but they didn't realize it back then. I don't mean to romanticize small children. Certainly there is plenty of drudgery and potty accidents and spilled milk and temper tantrums. But also. My heart has never been so full. My miracles!

My brother was asking me about the jobs I'm currently interviewing for. He asked me if I was excited about them. I laughed ruefully. Not so much. It's more of the same work I'm doing now, but starting over in a new community. One that almost certainly won't match the one I'm in now... where I'm already bored of the work. I stay because Calliope is in the building, and I love getting to know her teachers and her classmates and being a part of something amazing. This school is truly exceptional.

But moving to a new school, with a more limited population (high school only or middle and high school) and having to build all new relationships and figuring out how to get Calliope to one school and me to another... not exciting. It sounds tiring. Like trying to mentally and physically hang on for the next school vacation.

The interview yesterday went well. But I didn't love the medical director. She might or might not be my collaborating physician at my theoretical new job with them. But I've adored my thee consecutive medical directors I've had the pleasure of working with at my current job. And what a difference it makes. My previous job, which was the same place I interviewed at, I did not love my collaborating physician and it was hard. Of course I was a new provider back then so needed more support back then than I do now. Still, I'm a person that likes to collaborate with my colleagues. If I have an intimidating or unpleasant collaborating physician, I'm unlikely to do that.

My plan had been to try and get as far along in the interviewing process and then introduce the idea of taking time off when I get an offer, or close to it.

But my brother pointed out that maybe that plan is creating a lot of undue stress. Why interview now for jobs I don't want? Why not plan on Mexico and see how I feel? He and I can both imagine a big possibility that time in Mexico might lead to as yet unimagined possibilities. Either here or there. Maybe I need space to dream.

Why not do the thing that brings me joy? I haven't had trouble getting interviews so far and I've barely spent any time looking. (I recognize that this is an enormous blessing, as it hasn't always been that way, and I'm enormously grateful for that.) Why not plan for an entire year in Mexico? I can always come back if I hate it. Of course I'll have to figure out how to sublet my apartment and a million other details. But one rarely regrets the opportunities she's taken. Usually regrets are for the things left undone.

Like becoming an SMC -- the best thing I've ever done -- maybe it's time to take the leap.

We received news at work a few weeks ago that the state had cut our budget by two thirds.

We are hoping the city council might approve $3 million to support NYC school based health centers. No idea when that is being voted on. I've adapted a letter which should be sent to all the families in our school building (which houses two different school), asking them to call their city council members to ask for their support of the measure. The school and the PTA offered to help me send out the letters but so far haven't responded to my draft... Stressful.

Then there's the possibility that our hospital (which also provides some of the funding for our clinics) will close some but not all of the clinics. If they decide by performance, I won't have any worries. But if our union intercedes, I could have issues because I have fewer years of seniority than two of my colleagues. It's a strange situation because we were unionized at our previous hospital but we were acquired by a non unionized hospital. So we're this tiny pocket of unionized staff in an otherwise non-union hospital. The hospital wants us to leave the union but of course then we face pay cuts and working during the summer...

I've been contacted by a couple of recruiters and interviewed with one school based health program in lower Manhattan. It looks amazing, like a professional health clinic with gorgeous facilities including dental care and health educators (who do time consuming tasks like reviewing birth control options to teens so I can do more clinical work) and time for administrative work. But I didn't get a warm feeling from the two folks who interviewed me, and they didn't respond to my thank you note. That might just be because I told them I wasn't available to accept a position yet and would have to wait until I hear about my current job. But of course it worries me.

So last week I followed up with the other recruiter and just this morning sent times I'm available to interview for positions in Brooklyn. I actually worked for this school based health program when I first graduated but I left my job there (split between two different sites, and a second NP at each) for my dream job at this school, working with preK-12th grades, two blocks from my (then) home and with summers off. I've been here ever since, more than ten years.

They now offer summers off and a slightly higher salary than I get now, with a productivity bonus to boot. So that sounds great... except for the fact that I won't be in the same building with Calliope anymore. And I'll have to figure out how to get her to and from school. All of which are first world problems, I admit, but are still challenges. I'm rather heartbroken at the idea of not being a part of her school community anymore. It's not like I see her all that much but I love that I know her teachers as colleagues and am here if she ever needs me.

Then there's my other, zanier, ideas. See right now my childcare budget is out of control. I am burning through savings and will continue to do so for the next two years, until Amelie starts public PreK. And I'm so busy. And frequently stressed. For the amount of savings I spend each year, I believe I could live without working in Mexico. Not forever, but for a year or two. And I would get to spend time with my girls! They would learn Spanish! (Well, Amelie is with a Spanish speaking nanny but Calliope only speaks a little Spanish and it would be different for both of them, and me too, to be really immersed in a Spanish speaking culture.)

It all sounds quite dreamy. But then the details get me down. Figuring out health insurance. Figuring out the details of subletting my apartment. Just how much stuff would I have to empty out? Is there enough of an expat community there to keep our social selves happy? Would I homeschool Calliope or send her to private schools there? Would private school costs eat up my ability to live affordably there?

If not for summers off (here), I think I would want to try other kinds of work. It's hard to imagine starting over in a new school community after investing ten years here. But. Summers off.

So then I start thinking about part time work. Something that keeps my childcare costs low. Another SMC told me she's making a killing off her part time lice removal business.

And someone else told me I should pursue medical concierge service. Like, being an on call medical provider that makes house calls. People actually pay for membership into such a service, even apart for the cost of the visit. My friend used this when she lived in Toronto and loved it and said people will pay a huge premium for the convenience. But. How do I figure out all the logistics? Medicals supplies. Scheduling. Back up.

I've contacted a pediatrician I used to know to ask if I could shadow her in August, just in case I go this route and need to see babies and toddlers again. I'm out of practice with them. I've got Spanish immersion camp for two weeks for the girls so I could shadow her then, assuming the dates work for her then. And then I think about all the money I'm spending, between going to Mexico for an exploration of it as an option plus Spanish immersion camp -- I only meant to do one or the other, not both.

I get so overwhelmed that I start praying I won't lose my job because there's too many choices. Which seems ridiculous. In my heart of hearts, I know my priority is more time with my girls while they are still young. Staying at this job serves that purpose, because I'll get more time with them in the long run, by being in the building where they go to school. But if I lose this job... going straight into another, similar job when I am already rather burned out and wishing for more time with them and instead having to invest extra time in commuting and building a reputation in a new place... that seems crazy. Versus taking a year or two with my girls, either in Mexico, or here, trying to build a part time gig.

Of course I haven't even addressed the potential heartbreak of letting my nanny go, and the enormous guilt I would feel over that.

Goodness. My head is spinning.

Trying very very hard to stay in the present and remember I'm not going to make any decisions until I know about my job. But I don't know when I'll know and it's hard.
Posted by Abby at 11:19 AM 4 comments: