While the list is long and daunting, I am making exciting progress towards moving to Mexico!

A few of my successes:


There's lots more to do but I'm so excited to have accomplished so much. Unfortunately I can't start packing yet because I need the apartment to be as pristine as possible when showing it to prospective tenants but I will start that in mid July.

Tomorrow I hope to finally speak with my HR manager -- we've been playing phone tag -- and officially submit my letter of resignation, effective August 30. By submitting it now I can hopefully help hire my replacement. I hope we can find someone terrific!
Posted by Abby at 12:58 PM No comments: 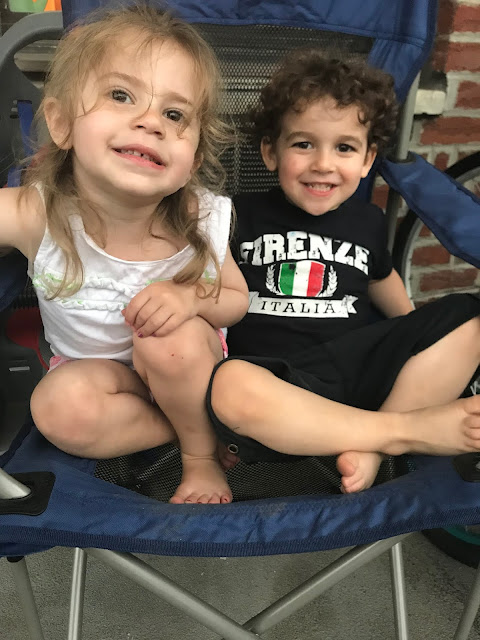 I finally heard back from HR... and they denied my request for a year long leave of absence.

I have mixed emotions.

The first part of me is relief. Now there is no external pressure to come back to Brooklyn in a year. I think I'd like to be in Mexico for at least two year, possibly a lot longer... or forever. Now I won't feel any sort of urgency to come back. I won't feel like I'm letting anyone down if I decide not to come back in a year. I make my decision to leave and that's it. No more decisions to make about this job.

The second part of me is sadness. I've been at this job eleven years. I had never been at a job for more than eighteen months before! I've been happy here. I started here as an ambitious new graduate with lots of big plans. Now I'm a bit jaded and a lot tired. It's time to move on. But I'll be sad to say goodbye to the many wonderful teachers and families I've known here and the children I've watched grow up.

I thought the third part was fear, of letting go of the security of this safe job. But it's not true. I'm not afraid. I worry about how much harder another job will be when we come back, when (and if) my children are in this building and I'm working elswhere... but that sounds so far away that I'm not really worried about it yet. I can't worry about it.

I'll wait for August to send in my resignation letter because many of my colleagues were cheated out of their pro-rated summer salary (money withheld from their paychecks during the school year). Which is too bad because it means they can't post my job position until then, most likely, due to union rules. My medical director is my friend so I'll tell her informally this week though she is already expecting the news. Still, I wish for the clinic's sake that they could know officially now so they could hire someone fabulous to be my replacement, ready to start on September first.

Mexico, here we come!
Posted by Abby at 6:55 AM No comments:

You know how people complain that on Facebook, everyone else's life looks perfect and no one shares the hard stuff?

Guys, I'm so weary. I don't know if I am fighting off an illness -- Amelie has had a fever for three days. Maybe I'm catching it. I couldn't eat dinner last night, so it might have been that... or it could have been too much trail mix mid afternoon.

I worry I am not cut out to parent two children.

I stayed home with Amelie yesterday since she was sick (though she seems almost herself when the Motrin is working) and I was endlessly patient with her through the frequent meltdowns, easily remembering that she wasn't feeling well and feeling lots of sympathy.

But then sweet Calliope came home and everything she did -- AND everything Amelie did -- just worked my last nerve.

We had gone to a neighbor's apartment on the same floor to pick up some soup the neighbor made for Amelie (how sweet is that???) and Calliope went into the apartment a minute or two before me. I was carrying the steaming hot soup so I yelled Calliope's name through the door and rang the doorbell. No ansswer. Despite multiple attempts.

Finally I juggled the soup and other food and managed to open the door (yes, I could have set the soup down on the floor), spilling a little hot soup on myself. I got into the apartment, set down the soup, and fully laid into Calliope. SCREAMING with her. Months of frustration about how she never, ever hears me when I call her name came pouring out. I didn't actually mention those times but the extreme anger reflected it.

And you know, it felt really good. Which is terrible, I know. But my god. It is so frustrating to have someone never ever hear you.

And it makes me think, too, that maybe her teacher is onto something when she says she's worried about Calliope's ability to focus.

This morning it was hard to get her out of bed. Once she was finally up, though, she did well at her "morning jobs" since she puts the next day's clothes in the bathroom the night before. She finished early and went to play. Five minutes before we were due to leave, I told her to put away the toys. She took about five minutes to put five plastic animals into a bin sitting right next to her. Then, at the time she was supposed to put on her shoes, disappeared into the bathroom.

FURY on my part. As I am scurrying around making your lunch, your breakfast, my breakfast, my tea... you decide to go make a nice long trip to the bathroom just as I am finishing up? God forbid you use your playtime for that.

So I yelled a bunch more.

I am just tired. I worry that this is middle age creeping up on me but maybe it's just too much. Adrenal fatigue, some call it.

I'm trying to be good and schedule the every other Friday night out and god knows they feel great while they are happening... but the next day I am even more exhausted because I often go to bed too late after such a night. And right now I'm extra tired because of interrupted sleep with Amelie being sick -- I've slept with my door open so I hear every whimper and vault out of bed at the first sound. (I'm a bit paranoid about anyone puking in her bed.)

I just arranged for the sitter to come again this Friday night and this time, I am planning to go to the movies by myself. To try to just really tune in to my own needs.

I successfully pushed through a pile of mail on my desk and checked a few more items off my to do list... the list is never ending.

I don't have a good way to wrap this up with a bow but I thought it might be helpful to say that sometimes this parenting gig is really, really hard. I feel like I am really doing a not-great job right now and I worry I am doing permanent damage to my kids. I hope not. I apologize after the fact. But I want to be better.
Posted by Abby at 10:23 AM 4 comments: